It is very common to have weekly report, with hundreds of rows. We can even share a document to be edited from multiple places, such as googledocs. This very sheet created by your team is normally, changed from time to time. Getting larger and larger. Further, there is actually a tracking changes feature, that nobody knows about. So what’s the problem?

Sometimes employee require further processing, or just need to take a note, then make a copy of the sheet for themself. This time the data is already detached.

After a while, let’s say a week later, you need to update your data. But the data has changed, and you are too shy to ask to your manager, which changes, at what cell.

This is where the diff tools take place, and save your career.

Consider the input. These required two sheet: First, and Second. 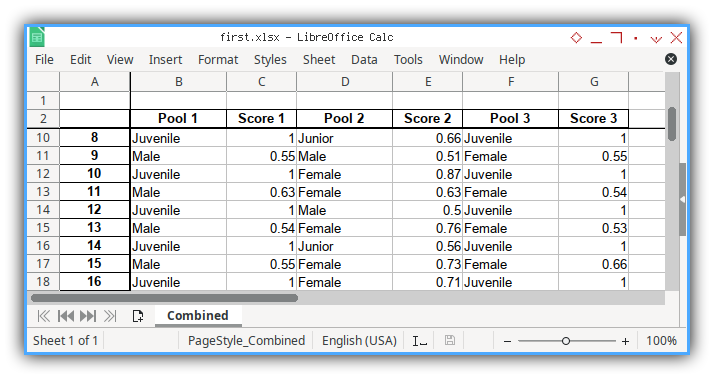 Then, where is wally?

Both are pretty similar, but if you look closer there are differences. As shown in output below: 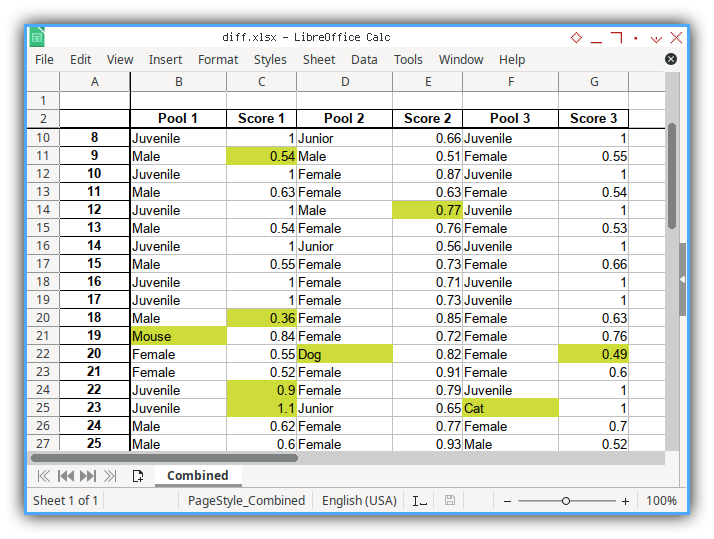 The figure above is a simplification of real data.

It is pretty much easier than doing manually.

Shortly, we should invest on thinking, rather than doing tedious repetitive task.

Enough with introduction. Let’s get into the code.

There is only consist one short file required.

Very simple, it only have one method diff, beside the constructor.

Since this using openpyxl library, we must declare first at the top.

The constructor is also simple.

This will be called in main later, for example as below: 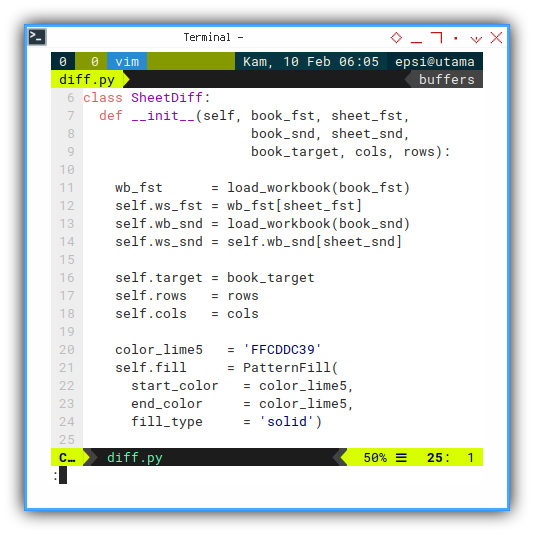 Consider go back to our constructor, it is initialize a few stuff, such as open both sheet.

And also keep other variable as well, bundle in class.

At last, add some constant, that will be used throught out the loop later.

This double loop compare all. And finally save the result to new spreadsheet.

Inside the loop is just this code

If the value is different for both sheet, there are two actions that will be taken: 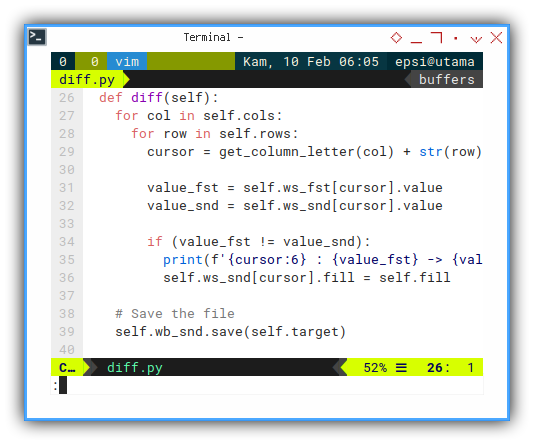 This is also only consist one file

With the result similar as below: 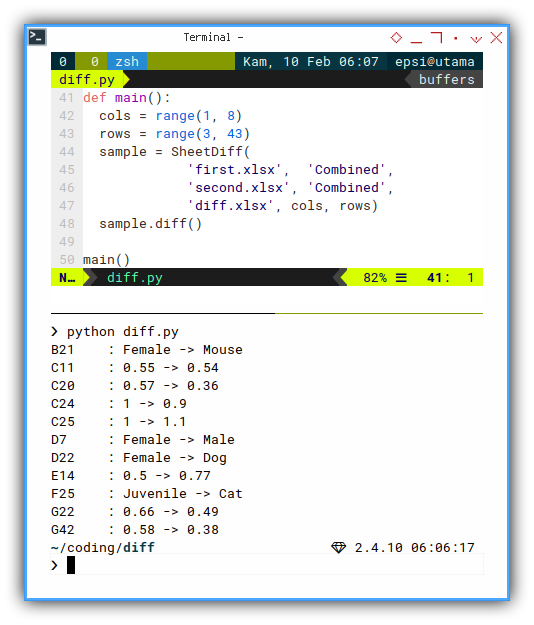 Finally we have peace, with complete coloring.

Now you can continue with your own further processing.

We are done. That is all. Thank you for reading.

What do you think? 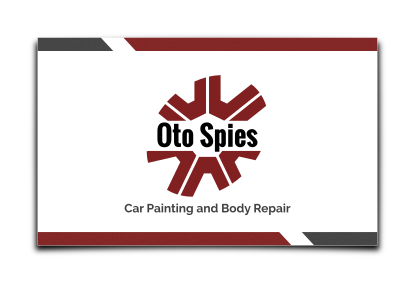